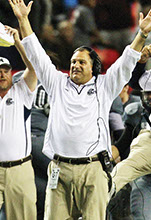 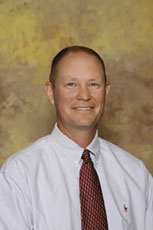 Mill Creek head coach Shannon Jarvis started the Mill Creek program from scratch in 2004. He came to Mill Creek after serving as an assistant to 2014 GACA Hall of Fame coach T. McFerrin from 1998-2003. He has been the head coach at Mill Creek for the past 10 seasons and after an 8-22 start his first three seasons, the Hawks have gone 45-22 since. He led Mill Creek to the state AAAAAA playoffs for the first time in 2007 and to the quarterfinals in 2010 and 2012. Coach Jarvis was named Region 7-AAAAAA coach of the year in 2007 and has had over 60 players sign college scholarships with 28 of them coming in the last three seasons.
Back to Top 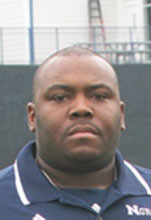 Reggie Stancil, is the Norcross High School wide receivers coach and also an assistant baseball coach. The 1998 Colquitt County grad’s wife is Alicia and he has a 13-year-old son, Jamal. He was the quarterback at Jacksonville State (Ala.) and has coached at Norcross for nine years. Stancil was recently inducted into the Colquitt County Sports Hall of Fame along with his Father James Stancil and his older brother James Stancil III. He played for the 1994 Colquitt County State Championship team. Stancil has coached back-to-back Norcross High School State Championships.
Back to Top 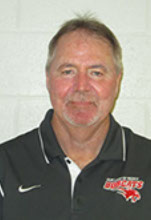 Married to Susan Earwood for 36 years; 2 children (Jason and Leah) and 3 grandchildren (Tyla, Luke, and Ryder)
Back to Top

Coach Crowder is in his 25th year of coaching. He has coached at North Gwinnett, Tucker, Burke County, Collins Hill, Camden County, Chattahoochee and Creekview. In 2010, he coached Chattahoochee to a state championship and was awarded AJC Coach of the Year.
Back to Top 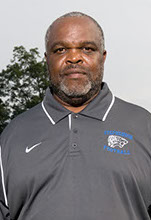 In 2012, Coach Cook was awarded both the Region Coach of the Year as well as the Coach of the Year for the State of Georgia by the Atlanta Area Football Officials Association for his program’s display of excellence and sportsmanship. In 2012, he was also awarded Coach of the Year by the Sports Champions of Greater Atlanta.
Back to Top

Fabrizio has been at Lee County for 5 years. Taking over a program that was 0-10 the year before he arrived, Fabrizio has led the Trojans to playoff appearances 3 of the last 4 years. This past season they were 10-2 and region 1-AAAAA Champions. They also set the school record for wins over a 2 year period. Prior to coming to Lee County Fabrizio served as Defensive Coordinator at Peach County HS. He has also previously been a Head Coach at DeLand HS (FL.).
Back to Top

Van Spence is entering his 13th season on the McEachern Football Staff. He was originally hired by Coach Jimmy Dorsey in 2001 and retained by current coach Kyle Hockman in 2008. He has coached defensive line, linebackers, quarterbacks and in 2010, has been promoted to Offensive Coordinator. In 2010 and 2011, Coach Spence helped to oversee offense units that were in the top in school history with 451 and 452 points scored.
Back to Top

Tom Fallaw has just completed his 12th year as head coach for the Cairo Syrupmakers. During his time there he holds an overall record of 116-34. Cairo has made the playoffs every year under his direction. During this time they have played for the state championship twice in 2007 and 2008. In 2008, the Syrupmakers went undefeated and won the state championship. The Syrupmakers have claimed seven region titles during his tenure and have been to at least the 2nd round in the playoffs nine of his 12 years. He is married to Stacy Watson Fallaw who is currently an instructional coordinator at Eastside Elementary School. Together they have three daughters. Taylor (21), Abbey (18), and Hannah (12).
Back to Top 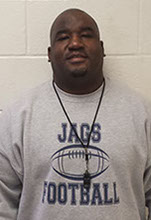 Coach Davis is the Head Football Coach of the Spalding Jaguars located in Griffin, Georgia. He has just completed his fourth season at Spalding where he led the Jaguars to a 6-4 record. He has 19 years of coaching experience including 15 years as a head coach in the state of Georgia. Davis previously coached at Burke County, Wayne County, Columbia, Riverdale and Shiloh. He is married to Melissa Chaney Davis and has two beautiful daughters; Alexis and Jailyn. Davis purpose is to serve others by reaching, teaching and motivating.
Back to Top

Military Service:
Served in the United States Marine Corps, 1979-1983
Back to Top

In 1997, he was hired as the Head Football Coach of the William M. Raines Vikings. The Vikings were 15-0 in his first season as head coach. The Vikings won the 1997 4-A State Football Championship. This was the first public school state championship in Duval County since the formation of the FHSAA. In the 1998 season the team finished with a record of 12-2, making it to the semifinals. In six seasons, Coffey’s overall record is 57-17. In March of 2003, Coffey and his family moved to Valdosta, GA and was named QB and WR coach for the Valdosta Wildcats. In his first season there, the Valdosta Wildcats went to the Class AAAAA State Championship, losing to Camden County 21-7. In 2006, Coffey came to Kingsland, GA to serve as the offensive coordinator and quarterback’s coach for the Camden County for the next seven years. Camden County won the Class AAAAA State title in 2008 and 2009. During the 2008, 2009 and 2011 seasons, the offense led the state in scoring and total yards. He was named the new head coach of the Camden County in 2013.
Back to Top

2013 marks the beginning of Coach Hidalgo’s 18th season with the Walton Raiders Football Program and his fourth as the Head Football coach. Promoted in February of 2009, Coach Hidalgo served as the Defensive Coordinator for the Raiders for seven of the previous thirteen seasons. In his tenure as a member of the Walton football coaching staff, the Raiders have won 6 region championships, played in 24 playoff games, appeared in 3 state semi-finals, and reached the state title game in 2011. A two-time recipient of the Cobb County Touchdown Club’s Defensive Coach of the Year and winner of the 2011 Cobb County Touchdown Club’s Coach of the Year, Rocky has previously served as both the offensive line and defensive line coach for the Raiders.

Coach Hidalgo is a native of Baton Rouge, Louisiana and was a two year starter for the Denham Springs Yellow Jackets where he was an All-District offensive lineman.

A graduate of Rhodes College in Memphis, Tennessee, Coach Hidalgo was a three-year starter for the Lynx football team and was twice recognized as a First Team All SCAC selection on the offensive line. He also served as Team Captain in 1994. Rocky was the Lynx’s Outside Linebacker Coach for the 1995 football season before coming to Walton High School.

Coach Hidalgo’s wife Kelly, also a Rhodes College alumnus, is a pediatric physical therapist and owner of Grow with Me Pediatric Therapy located in Canton, Georgia. Kelly, a native of St. Louis, Missouri, was an All SCAC member of the Lynx volleyball team. They were married in May of 1998 and have three children, Lily (10) and Deuce (7) and Cooper (2).

Coach Jeff Carlberg enters his second season at Centennial’s as head coach, following a two year stint as the defensive coordinator at Alpharetta High School. While at AHS, the team had its first winning season in school history in 2010 and their first region championship in 2011. Prior to his stint at Alpharetta, Coach Carlberg was at Lassiter where he was the defensive coordinator for two years. During that span the Trojans went 21-4, including a region championship and a 12 – 1 record in 2009.

Prior to that Coach Carlberg was the Head Coach for three seasons at Apollo High School in Owensboro Ky. Coach Carlberg’s first season at Apollo was highlighted by a 49 – 20 victory over the #8 ranked Marshall County Marshals in the first round of the playoffs. This marked only the fourth playoff win in the history of Apollo High School. His second year saw the Eagle get off to a 6 – 0 record, matching the best start in school history. Coach Carlberg began his coaching career at the University of Louisville as a Student\Graduate Assistant on Howard Schnellenberger’s staff from 1988 – 1992. Coach Carlberg was a staff member of the 1990 10-1-1 team that defeated Alabama 34 – 7 in the Fiesta Bowl. Following his stint at U of L, Coach Carlberg spent two years working for Larry French at Meade County High School as the Defensive Back Coach. Coach Carlberg also spent 9 seasons at Lexington Catholic as the Defensive Coordinator\Assistant Head Coach for Bob Sphire, who is currently serving as the Head Coach at North Gwinnett. Coach Carlberg is a native of Muldraugh, Kentucky where he attended and played football at Meade County High School. He was a two-time All-Conference performer at defensive back and punter.

He is a graduate of the University of Louisville with a Bachelor’s degree in Athletic Training and Conditioning, and has Master’s degree in Health and Physical Education. Coach Carlberg and his wife Sherri have two children, Major who will be 13 in November, and Gunnar who is 10.

Coach Tripp Allen, the Cobb County Touchdown Club’s 2003, 2007, and 2011 Offensive Coach of the Year, is the Assistant Head Coach and Offensive Coordinator for the Raiders. The 2013 season marks Coach Allen’s 15th season on the Raiders’ staff. After a year on the staff at Carrollton High right out of college, Coach Allen served in various capacities at McEachern, Sprayberry, and Lassiter. Coach Allen was a quarterback at Peachtree High School and played in the defensive backfield at West Georgia College. He is a history and World War II buff who graduated with a degree in Social Studies Education. Coach Allen also holds an M.S. Degree from Jacksonville State University and an Ed.S from Lincoln Memorial University. Coach Allen literally grew up around high school football. His dad, Ray, coached high school football for 40 years.

Bio Coming Soon
Back to Top

Kyle Hockman became the 7th Head Coach in the 53 year history of McEachern football when he was hired in 2008. He had the unenviable position of following a “legend” in Coach Jimmy Dorsey. In spite of this perspective, the Indian leader has passed this initiation with flying colors and has been able to bring McEachern football to a position of prominence that has been extraordinary for current players and has shown great honor and respect for past traditions. Coach Hockman came to McEachern after a successful stint as Head Coach at Campbell H.S. helping to have a 2 year run with a record of 15 wins and 7 losses with an impressive playoff win over Central Gwinnett in his first year as head coach at the school.
Back to Top

Coach Ed Dudley begins his 5th season as Head Coach of the Ware County Gators. He is a coaching veteran with 29 years of experience, and 21 seasons as a head football coach in Georgia. 15 of those years have been at the helm of playoff teams. Coach Dudley’s overall record of 172-74 is one of the best among active coaches in Georgia.

Coach Dudley was very fortunate to serve under legendary head coaches: Billy Henderson, Steve Brooks, Jerry Sharp, and the late Ben Scott as an assistant coach. His first head coaching stint was at Buford from 1992-1994 where he compiled a 25-9 record. Coach Dudley has also coached track, lacrosse, wrestling, basketball, and baseball in the past.

Ed is married to the former Lynn Myrick since 1983. They are the parents of Gordon 16, Sam 13, Mary Lamar 13, and Margaret 10. Ed and Lynn live in Waycross and their children attend Ware County Public Schools. The Dudley’s are members of First Baptist Church, Waycross. They love the Gators and the people of Ware County!
Back to Top